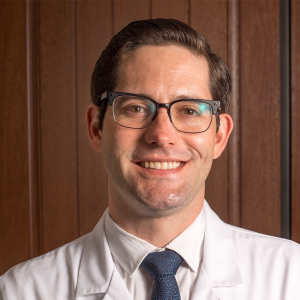 So long as the CBD product that you’re taking has been legally produced, it should contain no more than 0.3% THC, which is unlikely to give you any feeling of a body high. It is possible, under certain circumstances that CBD consumption can alter your state of being, but any impact should be minimal.

CBD has become exceptionally popular during the past two years or so – indeed, it seems as if you can’t avoid it. This popularity is backed up by both survey data and financial projections. On one hand, despite being legal for less than two years, about 33% of all Americans have actually tried CBD. At the same time, varying financial estimates have found that the CBD market is exploding, with one estimate finding that the market could potentially more than double every year for the next two years.

CBD’s popularity is clear, but so is some of the confusion around the compound. Many people don’t fully understand what it is or how it works, and some try using CBD under the impression that it might result in some sort of intoxication or high. Indeed, the general ignorance and confusion over CBD have led to some widespread confusion. Contrary to a belief held by some, CBD does not give you a body high. Indeed, it doesn’t give you any high at all.

The misnomer about CBD’s ability to intoxicate comes from its vague relation to marijuana. CBD itself comes from the hemp plant, which is known to contain trace amounts of THC. THC is the best-known cannabinoid. It is short for tetrahydrocannabinol, and this is the part of marijuana that binds with your own cannabinoid receptors, resulting in the pleasant, “high” feelings that you experience when using marijuana.

The amount varies, but medium-strength marijuana may typically have around 11% THC. Remember, marijuana actually comes from the marijuana plant, not the hemp plant. This helps to explain the discrepancy between marijuana and CBD’s content.

There are multiple types of CBD:

Legally produced CBD contains, at the most, .3% THC. This is a trace amount that is usually not even detectable on standard drug tests. As you can imagine, the amount is far too low to result in any sort of high, let alone a body high.

However, one can use CBD and experience positive physical benefits which are similar to a body high, albeit on a far lower level of intensity. A “body high” is typically thought of to be a physical feeling of euphoria and disconnection between your physical body and mind. It means slower reflexes, a widespread feeling of relaxation that may slow your reflexes and make it extremely difficult to move. It also may result in massive amounts of fatigue that might put someone right to sleep.

To be as clear as possible, CBD does not produce any sort of similarly intense feelings. However, CBD may create similar sensations on a much lower level. For example, users of CBD have reported feelings of relaxation and stress relief. Indeed, one of CBD’s potential benefits is its ability to reduce anxiety. Furthermore, while CBD might not cause any feeling of euphoria or “couch lock,” there is evidence to indicate that it can provide assistance with a variety of physical problems, including helping someone sleep better and reducing a variety of physical pains. As such, it is clear that CBD may not produce any sort of intoxication, high or body high. However, that is not to say that it could not have a physical impact on you. Research has made it clear that the component does interact with your body and produce a variety of positive physical and emotional sensations.

Why More and More Athletes Are Turning to CBD Topicals

How Is Delta-8 THC Made?

A Beginner’s Breakdown: Why and How Does CBD Work?

The Potential Therapeutic Properties of Delta-8