Can CBD Replace Opioids or Painkillers for my Chronic Pain?

Cannabidiol certainly has pain-relieving properties, so at first glance, it might be the “wonder drug” that the chronic pain community has been seeking for thousands of years. The link between CBD and pain, however, must be fleshed out further before it can be marked as “safe.” No drug is 100-percent “safe.” The list of daunting side effects that some pitchman speaks about very quickly during television drug advertisements shows that.

Some drugs are safer than others. And, if we’re being completely blunt, many people who suffer chronic pain are willing to take the risk and chew a few of “those” gummies as a means both to relieve their pain and to stick it to Big Pharma, whom they see as conspirators to keep them hurting and not cured because “cures are not profitable.”

When it comes to pain, the medical community classifies it in one of three ways. The first is neuropathic pain. This pain comes from defects in the nervous system whether caused by injury, illness, or some other outside substance. Sciatica is a common example of this pain. Opioid painkillers are remarkably effective at treating this kind of pain, which is one of the chief reasons behind the opioid crisis. Some unscrupulous people either get the patients hooked on purpose, or unscrupulous doctors prescribe opioids for other people and just say it’s for neuropathic pain.

Nociceptive pain, which is sometimes called acute pain, comes from injuries or conditions that damage the body’s systems other than the nervous system. Rheumatoid arthritis, with its bone-on-bone scratching, is one prime example of nociceptive pain. Not surprisingly, opioids are often the “go-to” medicine for this kind of pain as well.

The final kind of pain is that which doesn’t seem to have a source. This pain’s name is nociplastic. Examples include fibromyalgia, idiopathic intracranial hypertension, and debilitating soft-tissue pain. These poor people are often accused of “faking it” to get opioids or not realizing that the pain is “all in their heads.” Pain is serious business for those who suffer it daily. They deserve not only relief but also respect and dignity.

Many pain sufferers swear by CBD oil. In many anecdotal cases, pain that even the strongest opioids, such as Fentanyl, couldn’t touch either became bearable or disappeared entirely when the sufferer used CBD oil. Unfortunately, the scientific evidence regarding such pain relief is nearly nonexistent because marijuana and all its derivatives have been Federally illegal up until last year.

Yes it’s true that until very recently, all parts of the plant were considered controlled substances by the Federal government. It is nearly impossible to study the effects of illegal substances in any kind of clinical setting over the long term, so the science about CBD oil is understandably scant.

In fact, there are no peer-reviewed, blind studies about CBD oil and its effect on chronic pain extant. The only studies that are available almost universally looked at the combination of CBD oil and THC on pain. Those studies found that this combination was equal to opioids in a majority of cases. THC, however, is undesirable in most cases because of the psychotropic effect of the drug. CBD oil, of course, has no such “high” associated with it.

The other problem with research into CBD painkillers is that the meager results are contradictory. Additionally, the research firms releasing these results are not fly-by-night operations. They are highly respected and perform exemplary research. The fact that one says, “… conclusive evidence …” and one says, “… scant evidence …” is merely indicative of the need for more research. Amid this contradictory environment, there is a ray of hope for chronic pain sufferers, and that is that all of the studies acknowledge how limited they are in scope.

One area where the studies are more conclusive is the relationship between CBD and opioids. The data show that the combination is stronger in pain relief than opioids alone, so even the future data say that CBD oil isn’t able to relieve pain on its own, using it in conjunction with opioids results in patients needing smaller doses to achieve the same results. That goes a long way toward curbing opioid dependence. Still, the consensus is that more research is needed in all areas of CBD oil, pain relief, and opioids.

The active ingredients in cannabis have been known to have pain-controlling properties for nearly 5,000 years. In recent times, one of the most successful tests involved multiple sclerosis patients. These patients reported a major drop in their pain when taking a combination of THC and CBD.

CBD’s Benefits Other Than Pain Control

Anxiety and depression both contribute to the decline of mental health in some patients. In fact, the World Health Organization reports that nothing contributes more to disability than depression. Anxiety isn’t much better. It’s detrimental effects rank sixth. The treatments for these disorders have unusual or debilitating side effects, and many of them are nearly as addictive as opioids.

CBD, on the other hand, is not addictive and has been shown in studies in both Brazil and the U.S. to be the most effective treatment for anxiety. The anxiety in the study came from a public speech the participants had to give. Although manufactured, such anxiety, which is known as Glossophobia, is a very real concern. Almost eight in 10 people suffer from it to one degree or another.

The antidepressive effects haven’t been tested on human beings yet, but the initial tests involving animals have shown promise. CBD has also shown a promising effect on insomnia, particularly that suffered by people who have post-traumatic stress disorder.

Cancer treatments are often described as “worse than the disease.” Crushing nausea, pain, and vomiting can drive cancer sufferers to distraction. CBD, especially when combined with THC, successfully reduces pain much more effectively than doses of either substance singly. Most exciting, CBD even destroyed certain breast cancer cells in laboratory cultures. Of course, more study is necessary to draw even the barest of conclusions, but the beginning of such a study is hopeful.

Acne is certainly far less serious than the other diseases that have been linked to CBD’s efficacy, but it still affects 9 percent of the population. A portion of those people may suffer horrible disfiguring scars from the condition. The same anti-inflammatory properties that make CBD a possible super pain reliever are the same properties that help it control acne. Acne, too, can be painful, so in those cases, CBD has a double-edged effect.

CBD has also reduced the pain and other symptoms in children with cruel orphan diseases like harlequin ichthyosis and Lennox-Gastaut Syndrome, a rare and particularly grueling form of epilepsy. Astoundingly, CBD oil has also been shown to inhibit prion diseases, such as scrapie and bovine spongiform encephalopathy, in animals. None of these results have led to any high-correlation conclusions regarding these treatments, but in cases of prion diseases, which are otherwise incurable and inevitably fatal, you often have nothing left to lose.

In cases of harlequin ichthyosis, which had been nearly 100-percent fatal in the past, CBD oil has reduced the formation of the scales and nearly removed the pain associated with the cracking of the skin in a handful of patients. Further research is desperately needed in all of these cases. Unfortunately, the relationship between CBD and medical doctors has been fractious. Many doctors don’t trust CBD oil, but others swear by it. The emergence of solid data about the efficacy of CBD may be an ameliorating factor in the disagreements between both sides.

Safety and the FDA

The big problem with CBD and FDA approval is that most CBD is marketed and sold in the United States as a dietary supplement, and the FDA doesn’t have jurisdiction over supplements. Additionally, many patients who benefit from CBD in its current form cannot use it because of its effects on drugs like Coumadin. These effects are nearly identical to those of grapefruit juice. Consequently, patients with renal disease have to monitor their usage carefully to ensure that their potassium and phosphorous levels did not get too high. CBD also has other side effects, such as fatigue and irritability. Fortunately, these are mild and uncommon.

It remains to be seen how the FDA acts regarding CBD in the future where it is classified as a medication and not a supplement. It also remains to be seen if the ongoing research bolsters some of the initial data and claims regarding CBD. Hopefully, the FDA won’t make the same mistakes it’s made in the past and limit this extremely promising medicine just to push some Vicodin-BS pharmaceutical interest instead.

As with any treatment for any condition or disease, it is imperative that you speak with your doctor or doctors prior to beginning any CBD treatment. Despite all of the encouraging data regarding CBD, it might be dangerous to you for any one of a number of reasons. This kind of checking is exactly the same as the interaction checks that you have done for all medications you take, prescription or otherwise. Until we have definitive information, it pays to be both circumspect and pragmatic. 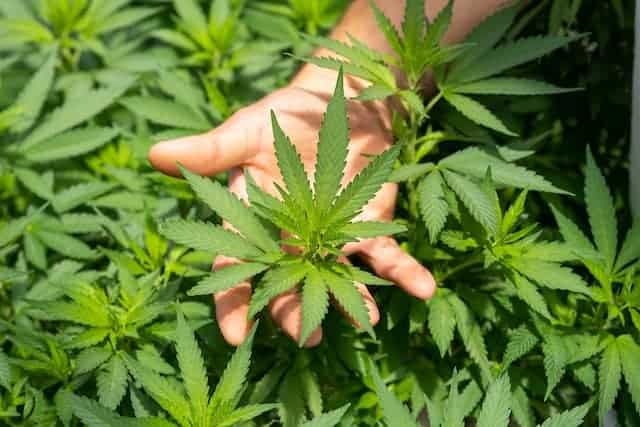 A Closer Look At Different Spectrums Of CBD
How Could CBD Benefit Seniors?
Common Myths About CBD
CBD Or Something Less Natural For Stress?
How To Use CBD For Muscle Soreness
Tips And Tricks For Using CBD To Help Arthritis Pain

How Did Delta-8 Become Federally Legal? Delta-8 Vs. CBD CBD For Your Sore Feet Can CBD Help Cure Your Hangover?t What Is HHC?